The story of Blue Moon begins in the Sandlot Brewery at Coors Field in Denver, Colorado. After earning his Ph.D. in brewing from the University of Brussels, founder and head brew master Keith Villa returned with the goal of brewing well-crafted beers inspired by Belgian styles, with a refreshing twist. One fan favorite emerged and in true baseball fashion, they called it ‘Bellyside Wit’. Someone said: “A beer this good only comes around once in a blue moon,” and thus Blue Moon Belgian White Belgian-Style Wheat Ale was born.

Hollywood’s Production has taken the essence of the night sky and transformed it into a sight to behold with a Blue Moon on Earth with its realistic galactic features molded into entertainment. The Blue Moon Silver Dome invites guests to step into space with the twinkling lights as stars and rich flowing fountain for grain goodness. The mobile bar is the center of the moon universe of serving and socialization.

Hollywood’s Productions has made it easy to captivate any audience at many events throughout the United States. Whether it be the Blue Moon Dome or the Bar and Backwall, we are right in your backyard at Waste Management Open, Carolina Country Music Festival, The Kentucky Derby, San Diego Fair, Thorough Breed, Kaaboo, Theatre on the Lake and the New York Food and Wine Festival. You don't need a space ship mission to encounter a Blue Moon, look for us in your neighborhood soon. 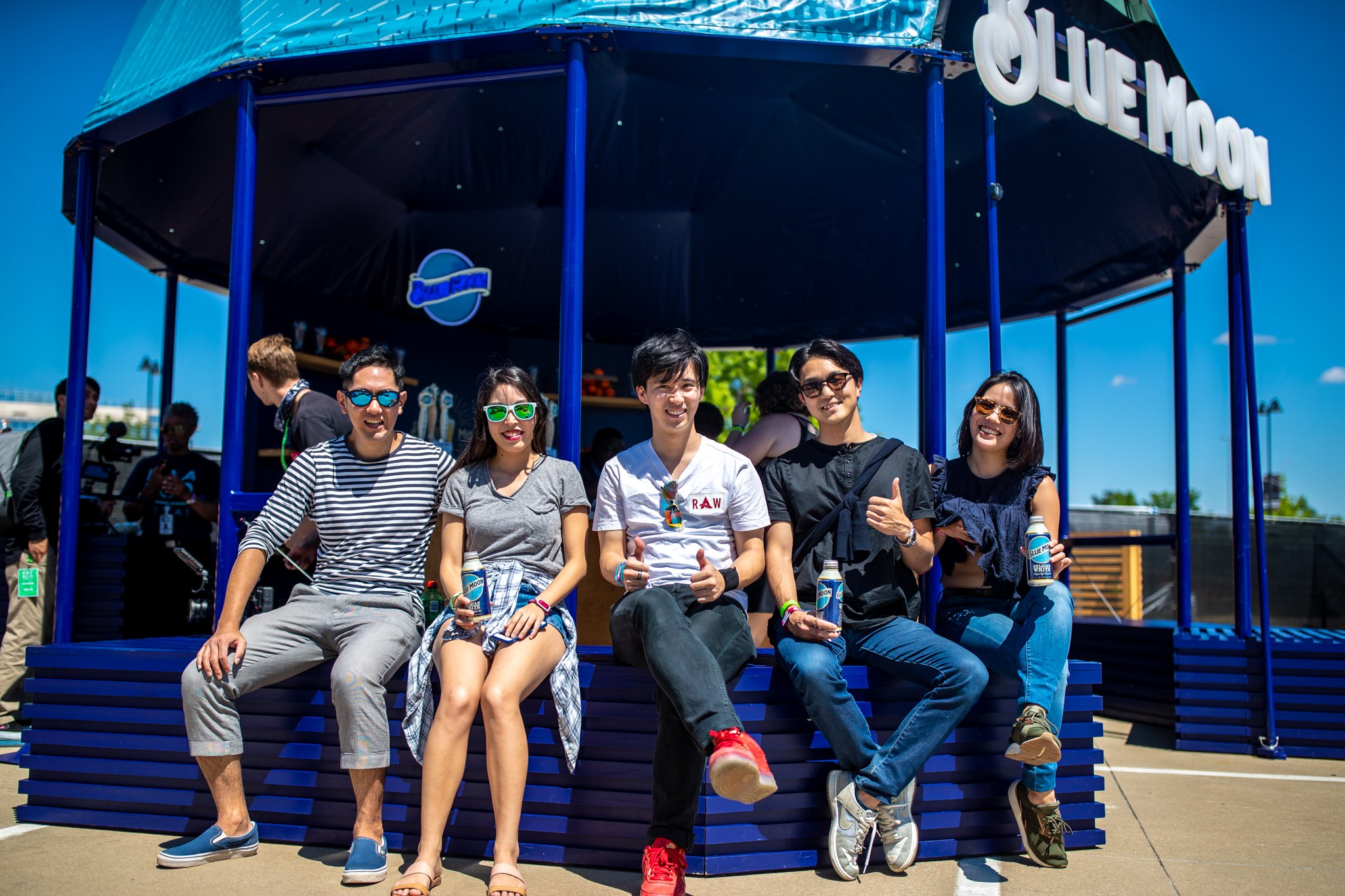